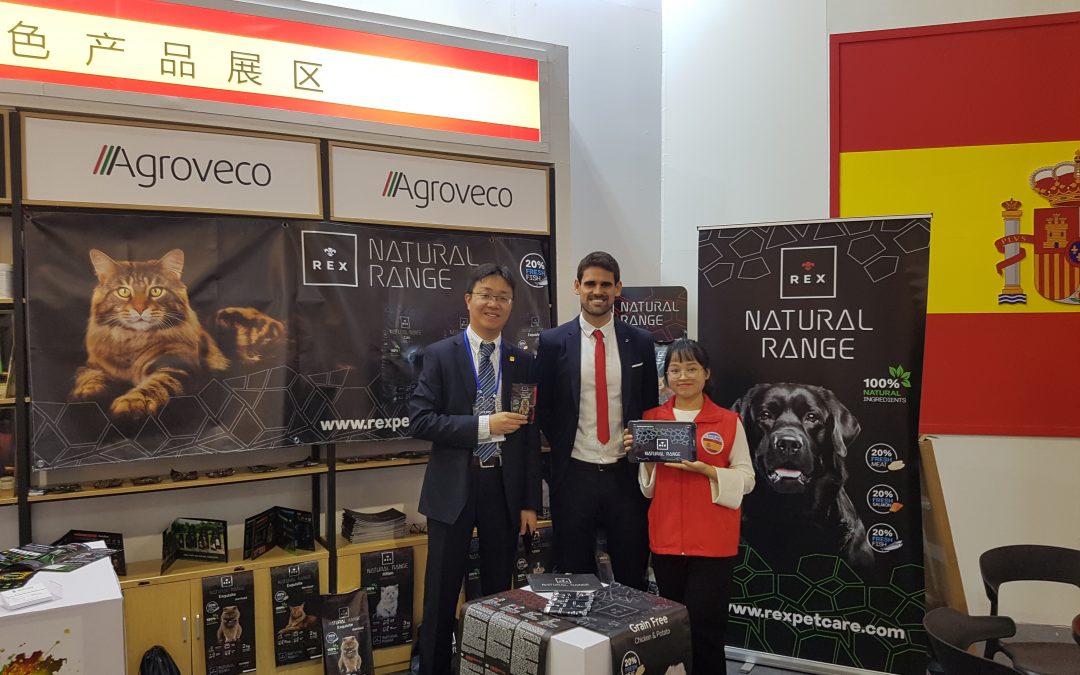 At the end of May, AGROVECO was invited to be part of the prestigious “Import Fair of Yiwu”. An event coordinated by the authorities of China and Aragón Exterior in order to strengthen relations between Aragón and this area of ​​China, where it is located the first station of the “silk train”.

Our Export Director, Jorge Guillén, attended personally this event, taking part in the many programs organized with the chinesse importers, authorities and Chamber of Commerce of Hangzhou and Yiwu regions.

The Import Fair was held during the first three days with a total of 38 Spanish companies who were exhibiting their products in the spanish Pavillion. In case of AGROVECO, it was the only producer of animal-feed, promoting the prestigious brand of pet-food Rex Natural Range. Made of 100% natural ingredients and fresh meat

The brand attracted the attention of importers and media, since it is a very differentiated product in the Chinese market. Agroveco currently exports its products to more than 40 countries across the 5 continents.

During the stay in Yiwu, in addition, a cooperation agreement was signed between the Chamber of Commerce of Yiwu and the Aragón (north of Spain) which was attended by AGROVECO and three other Aragonese companies. The 4 Companies will have a permanent stand in this Chamber in order to exhibit their products throughout the year to interested Chinese importers.

After Yiwu, Agroveco along with 16 other companies moved to the Hangzhou region, in order to take part in a meeting with importers from this region of 60 million people. The media impact of Yiwu activities was so strong that, despite being registered at first 90 importers, the day before the event this figure exceeded 400.

It was an intense week which will surely bring very positive results in business cooperation with China. However, in case of Agroveco, the trip was not over yet. Jorge Guillén took the chance to visit customers in South Korea, a market where they started two years ago and which is bearing very good results.